The biopsy forceps should be tested before use 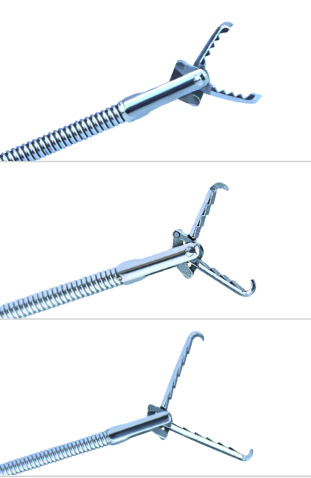 Before using the biopsy forceps, it is first of all important to test them to confirm that they have been sterilized and that they have been used within the effective period. Before the use of the endoscopic tube forceps, the opening and closing of the clamp flap will be detected.

Before inserting the clamp pipe, it is necessary to close the clamp flap mouth, but it must be noted that the traction wire will be elongated due to the fear of too much force due to loose closure, which will affect the opening and closing degree of the clamp flap.